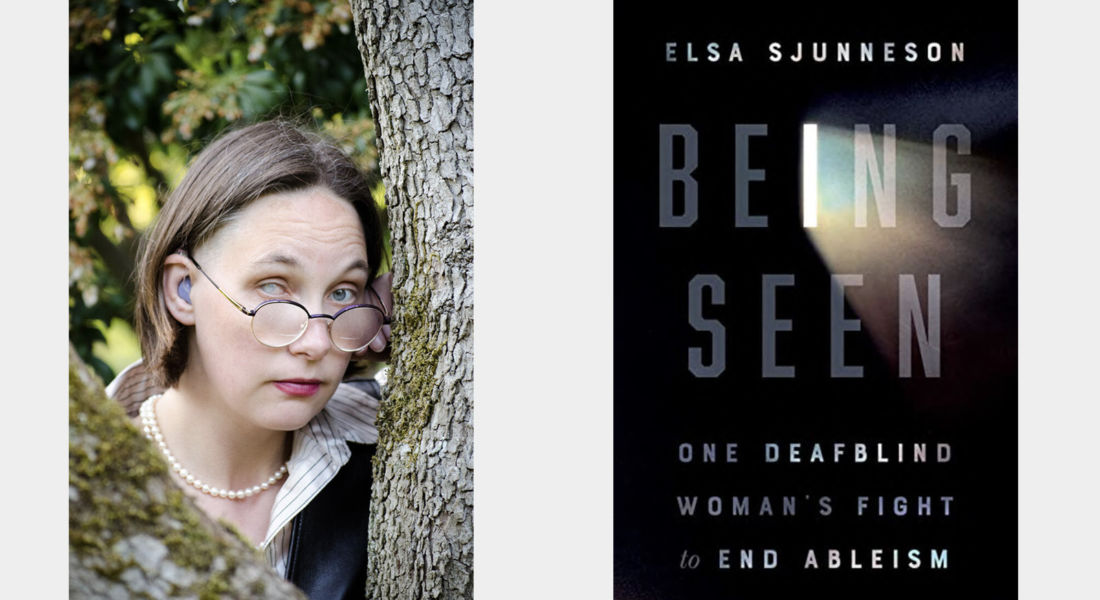 Elsa Sjunneson on a mission to end ableism

Sjunneson won in the category best memoir/biography for her book, Being Seen: One Deafblind Woman’s Fight to End Ableism.

Sjunneson was born with congenital rubella syndrome or CRS, resulting in multiple disabilities, including sight and hearing loss. She has a prosthetic eye and partial vision in the other, and she wears bilateral hearing aids. She cannot see well enough without a guide dog or cane, but she can see people react to her disability and often hears what they say.

Described as a “deafblind hurricane in a vintage dress,” Sjunneson’s book describes her experience at the crossroads of vision and sight, and how the misrepresentation of disability in popular culture harms us all.

At the May 17-19 Washington State Nurses Convention, she will address ending ableism against people with disabilities in the healthcare system.

Sjunneson, the subject of a 2019 PBS American Masters Short Documentary, said she wakes up every day with “a burning fire in my chest” to break stereotypes trying to define her.

She is a fencer, hiker, swing dancer, and speculative fiction writer who calls herself loud, snarky, and sarcastic.

Sjunneson is also an internationally published author on the subject of disability and ableism. As a deafblind activist she has worked to dismantle structural ableism. As an author, she has put a torchlight on disability stereotypes. She wrote a series of essays for Tor.com on how blindness is represented in movies and television shows. She wrote an opinion piece in CNN before the pandemic (2019) on her message to anti-vaxxers. Her mother was exposed to German measles when she was pregnant with Sjunneson in 1985, which led to CRS. She said her mother didn’t know she needed an MMR (Measles, Mumps, and Rubella) booster like is widely known today.

She has written guest essays in Metro UK and New York Times on how the world has wrongly portrayed Helen Keller as a fraud and a disability angel. She reported for RadioLab on the “Helen Keller exorcism,” and she contributed a story in Women of Marvel #1 among other projects.

Her book, Being Seen ,was one of 243 submissions for the 2022 Washington State Book Awards. The finalists, announced Sept. 9., were selected by members of The Washington Center for the Book and The Seattle Public Library.

Sjunneson’s has a master’s degree in women’s literature from Sarah Lawrence College in Bronxville, N.Y. Her website is at www.snarkbat.com.